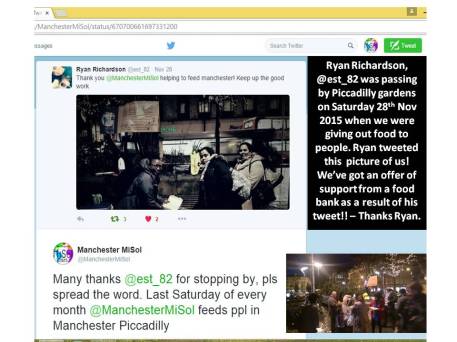 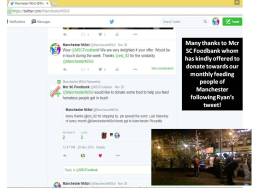 Feeding the homeless in Manchester: this project was started off about seven months ago to provide hot evening meals to people in Manchester Piccadilly gardens monthly. Following Manchester Migrant Solidarity (MiSol’s) fundraiser in December 2014, we had various meals contributed to this event by well wishers of the public, they were not all consumed. The remaining food were taken to Piccadilly gardens for the homeless. The surge in the number of people that were fed was astonishing. We’ve been feeding 250 people every month since then, higher than our initial budget of 60 people.

Giving feedback of the fundraiser to members at the following group meeting, this was mentioned and all group members agreed that we should provide hot meals and drinks in Piccadilly gardens once a month. Nearly 65% of our members are destitute, have experienced real poverty and homelessness. Members shared their own experiences and plights of other homeless people who are non-refugees, it was moving, hence the collective decision to start this project.

We have received several supports from the public since inception of this project. Ryan Richardson  tweeted about it and Mcr SC Foodbank has kindly offered to donate to the project. 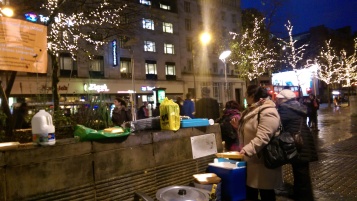 Join us on last Saturday of every month at Piccadilly gardens from 5.30pm to lend a hand if you can. 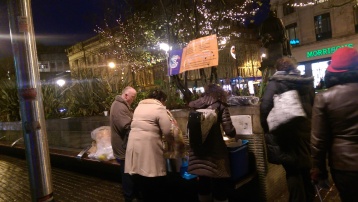 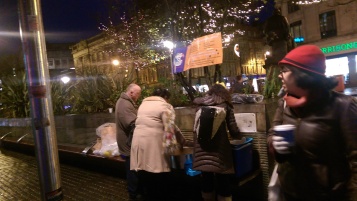 It’s evident that detention ruins lives (detainees, their families and friends). It is comparable to a concentration camp. No reforms can change the long lasting devastating effects it causes on human lives. We strongly call on the government to shut down all detention centres".